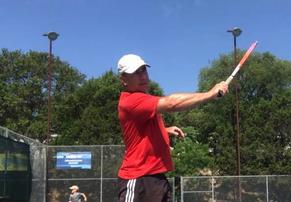 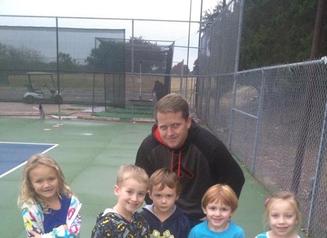 James has served  as an assistant professional for the past 5 years with Reagan.  James most recently led his 18 and under team "Georgetown Black"  to a state championship.

James was a district champion and regional qualifier in mixed doubles in high school.  He continues to compete in local recreational tournaments and leagues.

Reagan is the owner and director of the Georgetown Tennis Academy.  Founded in August of 2014, the GTA has already had nine junior teams win their division and advance to the state sectionals.  GTA offers programs for people of all ages, teams for kids as young as 3 through adults.

Reagan was a varsity letterman (football) at the University of Texas, where he earned his degree in Kinesiology in 1997.  Reagan later went on to earn his masters degree in education from Texas State University in 2005.

Reagan was recently awarded the 10 and under Development Award by the Capital Area Tennis Association for 2016.

Georgetown Tennis Academy was awarded the Youth Excellence Program of the Year for 2019 by the United States Tennis Association.

Reagan's family includes his wife, Sarah and his children Amelia and Andrew.